There is a pun on the word ‘solution’ here, as the vaccine itself is a liquid solution for injection.  What this painting is really asking is: is worldwide vaccination an adequate solution or is there a better way to deal with a pandemic?  The title also hints to the Nazi ‘solution’ of exterminating millions of Jews, sick, elderly and mentally ill people during WW2, as similarities have been made in controversial alternative press articles.

This painting intends to encourage conversations about whether we should allow our children to be vaccinated and if testing and vaccinations should be handled by schools.  It also shines a light on the safety of our children in schools.

The children are depicted in white and blue, to reflect their purity and separation from the more alarmist red background with the repeated syringe symbols.  If you zoom in on one of the backpacks, you’ll notice the word ‘cuties’, which references a film that was causing a lot of outrage at the time this was painted, as it was said to strip children of their innocence and was aimed at paedophile viewers.

The virus turning into a dandelion represents the passing of time and asking: how long would it take to find a better solution? 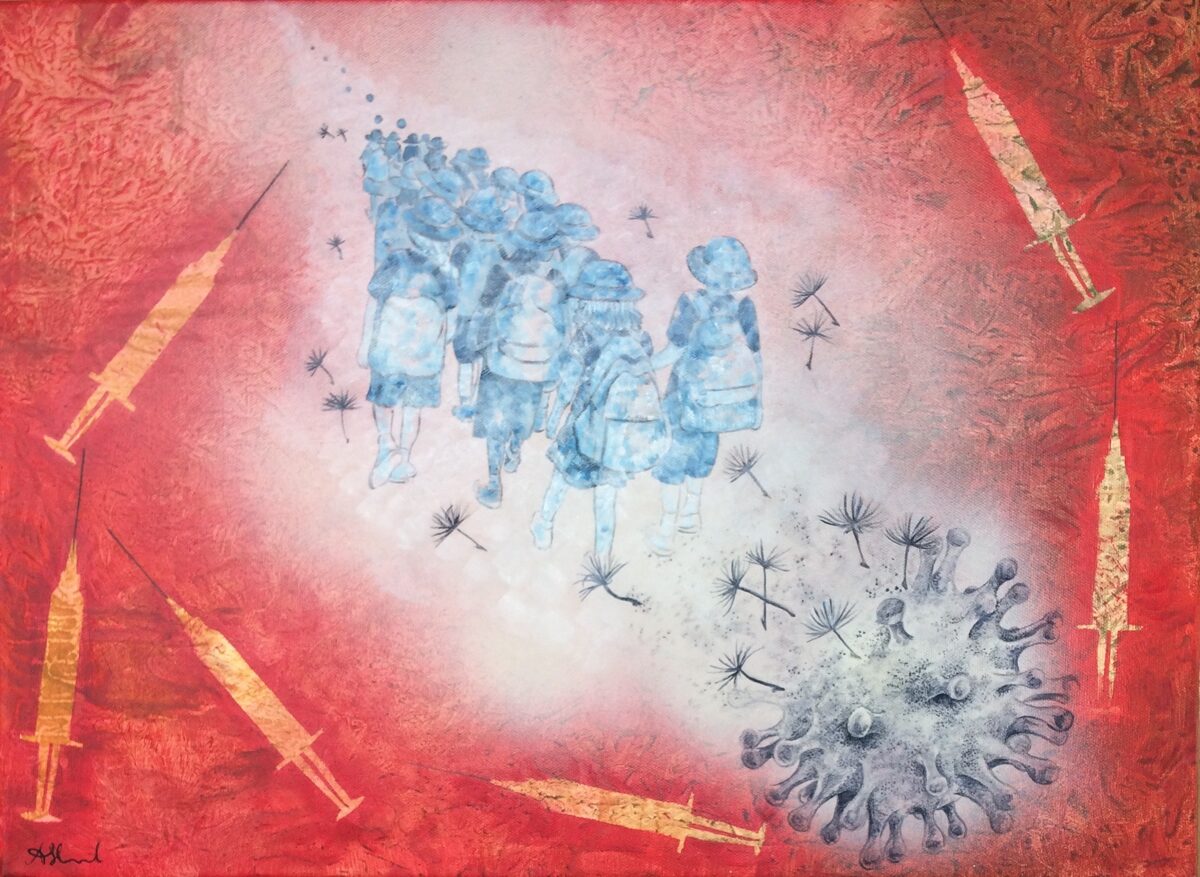